You are here: Home / Sarah Palin's email hacked – it could happen to you 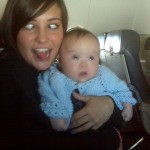 When US vice presidential candidate Sarah Palin’s Yahoo! email accont was hacked the other day, it was done without any greater technical skills. All that the Anonymous hacker needed to do was to use Yahoo!’s password recovery feature and fill in the appropriate answers. The questions where all general ones – so general that they, in Sarah Palin’s case – where found in less than an hour using Wikipedia.

The hacker explains the simple the prosess:

after the password recovery was reenabled, it took seriously 45 mins on wikipedia and google to find the info, Birthday? 15 seconds on wikipedia, zip code? well she had always been from wasilla, and it only has 2 zip codes (thanks online postal service!)

the second was somewhat harder, the question was ”where did you meet your spouse?” did some research, and apparently she had eloped with mister palin after college, if youll look on some of the screenshits [sic] that I took and other fellow anon have so graciously put on photobucket you will see the google search for ”palin eloped” or some such in one of the tabs.

I found out later though more research that they met at high school, so I did variations of that, high, high school, eventually hit on ”Wasilla high” I promptly changed the password to popcorn and took a cold shower…

It wasn’t harder than that. Something to remember when you start communicating with scammers such as the ones who’s scam e-mails we publish here on Nikke´s Index. Ones you start feeding the scammers accurate information you open yourself for various other attacks on your person. A reason as good as any to just hit delete when you get an email that souds too good to be true.